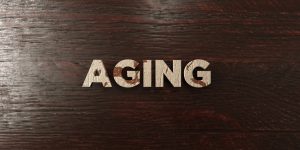 In the mid-70s a city in France got concerned about the number of people in nursing homes who were “clinically depressed.” People were lethargic, had poor appetite and slept poorly. Many did not respond to the rudimentary anti-depressants of the day. In an effort to increase the quality of these elderly people’s lives, a group of activities were organized across a number of nursing homes. These activities included chess clubs, book clubs, philosophy discussion groups. To everybody’s surprise, many of the people who had been diagnosed as chronically depressed, became active, slept better, and began to eat. As it turned out, these elderly folks were bored rather than depressed. They needed engagement in meaningful activity, rather than treatment.

In an interesting 1979 study, Harvard Psychologist Ellen Langer conducted an experiment called the “counter-clockwise” experiment. She divided a group of elderly men into two groups: one group was instructed to live the way they lived in 1959 while in a house that was equipped like a vintage 1959 house; including, listening to the songs of 1959 and watching TV shows of that era on a vintage TV. The second group lived in an identical environment but with no instruction about living the way they did 20 years earlier. At the end of a week, the groups instructed to live as they did in 1959 was more active, reported better health and showed more improvement in intellectual functioning that did the group which just lived in the 1959 environment. Being able to relive better days improved their mental health

Though not meeting the requirements of a double-blind, study considered the gold standard in science today, these two experiments raise interesting ideas that are relevant today. The social isolation in which we have engaged in the last year has been particularly stressful on the elderly. It has isolated people who were relatively isolated and unrecognized before the pandemic.   A community forum, reported in the Journal of Aging Research, suggested that three factors were considered important in by aging people when asked how to develop an age friendly community: social reciprocity, meaningful interactions, and structural needs/barriers. Meaningful inter-actions with the elderly are an area frequently lacking even before the pandemic.

What makes an inter-action meaningful?

Mental health professionals have recognized for years that being heard is often the best way for people to feel recognized and valued in a relationship. People living their lives isolated in nursing homes or alone at homes, need regular social contact; contact that is deeper than, “Hello, how are you.” Langer’s study suggests that people’s overall functioning, mood, attitude and behavior is improved by reliving younger, more active times. Though people cannot turn the clock back physically, we can turn it back in our memories. We frequently relive better times in our hearts when we are stressed and we rarely share these times with others. We rarely ask about these times when visiting the elderly. Why is that? Perhaps it is an awkwardness about how to share, a sense that others don’t care, or the belief that our story is not that interesting to others. All are possibilities when engaging the elderly. Perhaps it is because we have not asked. Perhaps it is because we are too busy to listen. The following are a few thoughts about how to engage elderly friends and family in meaningful ways.

The National Institute on Aging suggests that brain health in the elderly can be maximized by: taking care of our physical health; managing our high blood pressure; eating healthy foods; staying as physically active as possible; keeping our mind active; staying connected socially; managing the stress in our lives; and, reducing risks to cognitive health. Some of these factors are between the aging person and his or her family and/or physician. Some are dependent on the person’s socio-economic status and we can not be a resource. But two are ones we as a community can affect: Social Activity and helping the elderly’s minds active. How do we do this?  By being curious and interested. By making time to ask and listen to their stories. By recognizing them in their person hood- as thinking, feeling, behaving humans who have had multiple experiences that have been meaningful to them and being genuinely interested in hearing these stories.

Being able to hear others stories has a few prerequisites: patience, acceptance and genuine understanding. Patience means recognizing people have their own timeframe for telling their stories. Allowing time to give the undivided attention and letting them know you hear them are important in their feeling recognized. Accepting their story as their story, without judgment and with respect encourages people to go deeper and share more of their story. Genuine understanding requires feedback- letting people know you hear the feelings that go with the facts of a situation.

Woman at the well

In the Gospel of John, Jesus encounters the Samaritan woman at the well, hears her story and reflects it back to her in a way that allows her to feel his grace and forgiveness. Jesus provides us with a model of how to listen to and engage one another that allows us to feel heard. He listens with patience as she quizzes him on what he is doing. He accepts her as she is in her inner core and he shows genuine understanding of her condition

How do we show patience, understanding and acceptance?

We need to prioritize listening to others if we are to really hear them. We need to engage them when we and they have time to follow the conversation where ever it goes. We need to turn off the distractions- putting the cell phone on mute, putting the tablet away, locking the to do list way away in the box in our head where we keep such things, and focus completely on the other person.

With the elderly, we need to recognize that they may not process things as fast as we do or even as fast as they used to. Be patient and allowing pauses, even though they are uncomfortable allows space for others to be who they are and to go where they need to go in the memory, accepting who they are and how they process information rather than how we think they should.

Opening Questions are invitations for people to tell their story. They involve “open-ended questions’” These are questions that are hard to answer using one word. For instance, instead of asking “Are you OK today? (a closed ended question that can be answered in one word)” and open-ended question would be “How are you feeling today?” Such questions invite people to elaborate on the topic and tell a more complete story than close-ended questions.

Encouragers are short responses that encourage people to tell more of their story. They include statements like, “Um Hum”, “Interesting, tell me more” or even a nod of the head. They are Minimally intrusive responses that show we are paying attention and are interested in what the other person is saying. They frequently include statements that recognize the feelings associated with the content of the words spoken. For instance, when an elderly person’s answers to “How are you feeling today?” with “I am Ok. I have a pain in my stomach that wasn’t there yesterday, but I am OK.” An encourager might be “Tell me more about the pain.” Or “a pain?” OR “Hum. Sounds a little worrisome.”

Summarizing is just that, a reflection of what you have heard the other person say up to that point. It may include the emotional message as well as the factual summary of the information you heard. The general model of a summary is “Let me see if I understand so far. You have a worrisome pain that you didn’t have yesterday in the lower left part of your abdomen and you don’t want to bother the staff about it because you are hoping it will go away. Is that about it?” Summarizing frequently gives others the chance to share more, clarify mis-understandings and/or feel understood. It reinforces the sense of being heard in a meaningful way. It leads to more meaningful engagement.

In our ministry to an aging congregation, community and society, we are all equipped to meet them where they are and perhaps, we can help enhance their mental health by being good listeners.