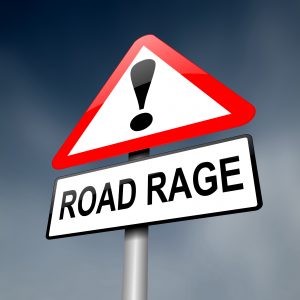 Lessons from the Street: Reflections on Narcissism

As we start to change lanes, the driver in front of us signals and pulls in front of us. How do we react? Probably not with “road rage” in the sense that we do not run the other driver off the road or threaten them with a handgun, but maybe with “mini-rage,” muttering a few angry words to ourselves. We may have the fleeting thought that the other inconvenienced us on purpose. Our thoughts are less than “loving” for our neighbor.

Is there a difference between how we react and how the person who confronts others with violence when inconvenienced react to being “cut off?” Psychology says, yes.

Road rage is the product of what mental health professionals call a personality disorder.  It is part of personality because, how people see themselves; the behavior, feelings and thoughts about the world and themselves they have had since childhood. It is a disorder because it interferes with their ability to live fully with others or even with themselves.

Road rage is frequently part of the response to frustration in people Bill Eddy, an attorney and MSW, calls the High Conflict Personality, which is characterized by: blaming others rather than accepting responsibility for our part in conflict, thinking in all or none terms (the conflict is all your fault), responding to conflict with “unmanageable” emotion, and engaging in extreme behaviors such as yelling, refusing to talk, or talking about the other person behind their back.

Road rage is frequently the product of what is called a “narcissistic personality.” And we are all a little prone to narcissism. In its extreme form, narcissism is self-centered, lacking in empathy for others, needing constant recognition from others and a sense of being special, deserving of unearned rewards and consideration . In its lesser form, it shows itself as “mini-rage” as described above. It can be quite destructive to relationships.

On the other hand, there is a healthy narcissism that includes a quiet comfortable confidence, and the awareness and acceptance of both strengths and weakness in one self. There is no need to be seen as perfect or to get defensive, reacting aggressively to threats to our sense of self-worth. Heinz Kohut developed the idea of healthy narcissism and suggested that characteristics were:

Michael Maccoby suggest that positive narcissist is good leader in time of crisis like the year in which we are living the following chart describes healthy versus destructive narcissism:

Returning to the road: what distinguishes road rage from mini-rage? I submit that at its heart, it is the regard we have for others. Narcissistic disorder is a disorder precisely because it is self-centered and grandiose. It places us above everybody else, expects others to cater to us and gets angry when we are not treated with the special care and privilege, we think we deserve. It is us, placing ourselves on God’s thrown. It is thinking the other driver that he has no right to get in our way because their schedule can not be as important as ours and they are inconsiderate, selfish, jerks for getting in our way.

The psychologist, Scott Pecks, in his second book, People of the Lie, suggests that evil is the result of the self-centered belief that you are perfect and are justified in doing whatever we need to in order to maintain that lie. Narcissists are enraged when they are challenged on their belief of deserving special treatment. They default to the use of power, force and even violence to maintain the lie.

Our road rage response is justified because the person ahead of us does not recognize how special we are and how we deserve to put our agenda ahead of theirs. It is in the service of preserving the lie of our superiority. It is an expression of our narcissism.

Our mini-rage response is mitigated by recognizing and valuing the importance and needs of others. It takes a millisecond to re-interprets our initial reaction, recognizing that the lane change was legal, non-threatening and appropriate in the sense that the other person had a right to change lanes. He or she probably did not do it to inconvenience us. In fact, they do not even know us. They have not motives that involve us at all. Mitigating “mini-rage” is about controlling our own narcissism.

Social Scientist who studies power makes a distinction between “power over” others and “power with” others. Power over is based on a power differential with the person with the biggest stick winning. It is based on coercion, force, domination and control. It is based on the ability to make others conform to a standard set by us without the other’s input or agreement. It frequently dehumanizes others because by dehumanizing them, we can inflict harm without conscience.

“Power with” is a dynamic process involving sharing power with others, it relies on collaboration, respect, mutual support, influence and empowerment.  It is shared decision-making with people whose lives are impacted by the decision. It realizes on attitudes of respect, caring, understanding, honesty and concern. And, interesting enough, it leads to good mental health.

When we are engaged in a “mini-rage” reaction to a situation, be it on the road, at home, at work or in any other conflict, we are trying to use “power over” strategies to get our way. Note that we may use “power over” in any interpersonal arena that involves conflicting values, world-views, life experiences or definitions of the conflict.

So, how do we control our narcissism, our tendency to put ourselves on the throne?

Perhaps all of this is best summarized by: “Love thy neighbor as they self.” It pre-supposes that we have a healthy love for ourselves, based on the value God places on us. It recognizes that our neighbors are of equal value to us because they too are creations of God. It suggests that an understanding of our place in the universe, created not creator, broken and redeemed through grace are helpful places to start managing our own destructive narcissism while reinforcing the worth we receive from being children of God.